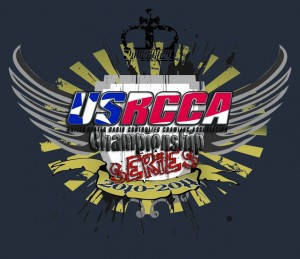 We are two events into the 2010-2011 USRCCA Championship series, and both events have been action packed to say the least.  The first event, Crawlapalooza ran it’s for it’s 4th year of being part of the USCRRA series and was held once again in beautiful Disney, OK.  A relative newcomer from Colorado, Josh Hicks (Hoppa)  took home the honors in the 2.2 class while Paul Waldrep (rock hard) from the Crawler Mafia cleaned house in the 1.9 class.  Ty Thompson (tctz28) from Lincoln, NE put on a driving clinic with his super and took home the gold in that class.

The Second event of our Championship Series is a long time running event, but a new addition as a USRCCA qualifier, the Utah State Championships held in the ever so scenic St. George, UT.  The 801RCC crew set some insane courses and once again the cream rose to the top with Team Losi driver Jake Wright (del monte) taking the 2.2 victory showing that shafties still have what it takes to win a major event.  Kevin Bailey (lil digger) a Utah local ran a clean day and was able to stay on top in the 1.9 class.  The ever so dominant John Ripplinger (SDS Customs) driving for Vanquish Products and TCS Crawlers took his innovative Berg based super on to victory in the big boy class!

Here are the standings for the Western Championship Series.

With these first 2 events down we are sure to have a good race towards the championship with 8 events remaining it is still anyones ballgame.  Will a newcomer have what it takes to walk away with it all or will one of the tried and true veterans pull though?  Get those past USRCCA champions out to the events so you can all earn those much needed bonus points, with all the great talent we have here it could all comedown to just those few points.

Here is how the overall series scores are shaping up, looks like 2 Colorado boys sitting at the top of the 2.2 class.

As the series takes the month of December off to let our drivers celebrate the holidays with their families you can be assured that they are all hard at work on their rigs digging for every advantage to move up in the points at the next event.  We’ll see you all in January when TCS Crawlers presents the Arizona Copperstate Crawloff!