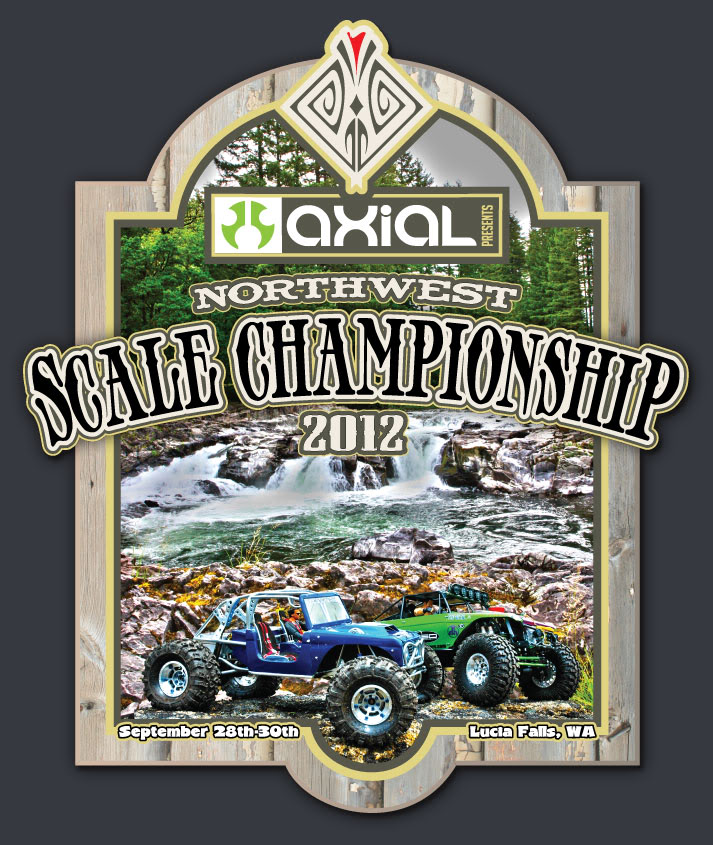 ♪♪ “…I bless the rains down in Africa! Gonna take some time to do the things we never have…” ♪♪ This never gets old. Everyone met down in the lobby and we hit road to Canby this time. I’ll break down this into the events and get it posted up ASAP.

This was a great little warm up. Nothing too tough and just a little water at the end. This did however give me the first look at how important it was going to be to have rear steer in some of these events. I never even thought about putting it back on the truck. It wouldn’t have taken me any time to do before hand

I finished this course without any problems. 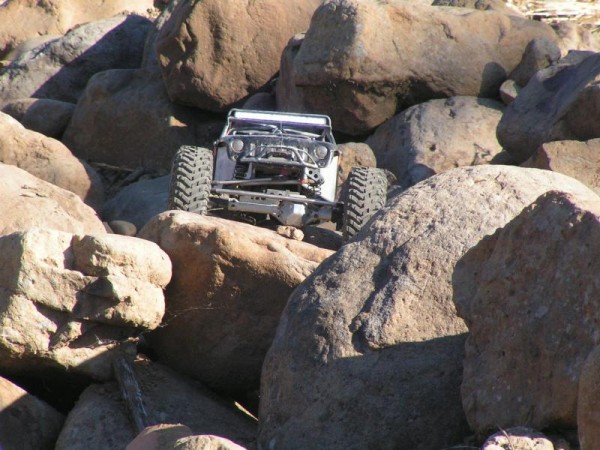 I was earlier in the running order for this event. None of the competitors ahead of me had finished yet so there were still some uncertainties of what I needed to do to finish. I had to winch the first climb as many others would have to do as well. This did however take up valuable time! I had not practiced my winching abilities yet and it could have saved me precious seconds.

Once I made it through that I was over halfway through my time. I needed to scoot to finish the last 75% of the course which included two big jumps. I was worried about both of them and was thinking I would winch the first and go through the mud pit on the second. Well I just didn’t have the time. I had to launch both jumps and hope for the best! I cleared them both and was able to finish the course with only seconds on the clock! 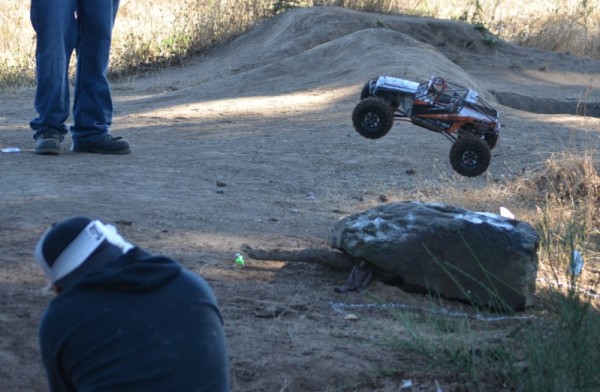 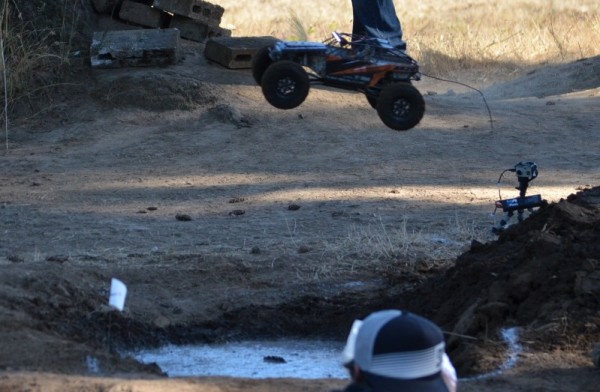 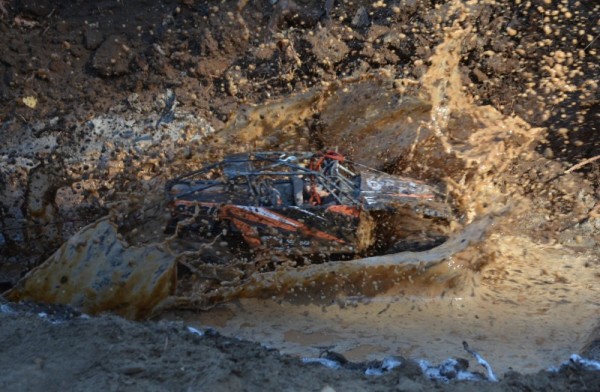 This event was a disappointment to me. I was able to clear the entire course until I got to the final climb. I was hesitant with the throttle in fear of flipping and going out of bounds. This meant I wasn’t able to make the full climb and couldn’t reverse to make another attempt. Damn! 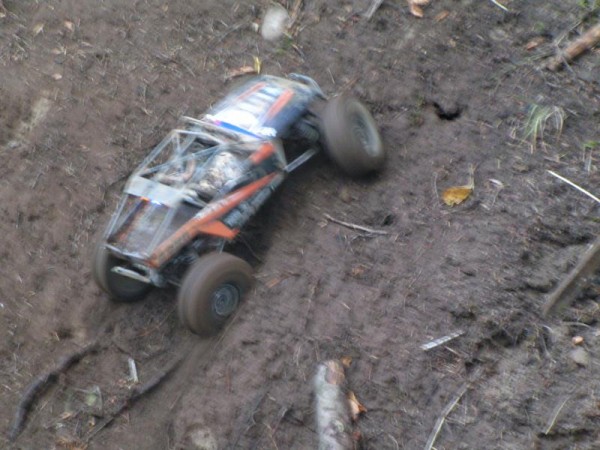 Brutal. Brutal. Brutal. I had a decent run going but feel I got called a little short. I felt the judge wasn’t in a very good spot and the water/mud my truck was pushing in front of it caused the banner to move. He felt that the truck hit it, I didn’t think it did but either way the run was over about 60% through the pit.

The worst part was that it started the series of issues that my truck started to have. It felt like my RX went out as I wasn’t getting any response from my radio. I got right to work after the event. Swapped my RX but that wasn’t the problem. I kept digging but the Truck Pull was quickly coming. Lucky for me it fell over our lunch break. I was able to get the radio to fire by shear luck after just plugging and unplugging the battery over and over. I left it plugged in as I was FIRST to the pull! 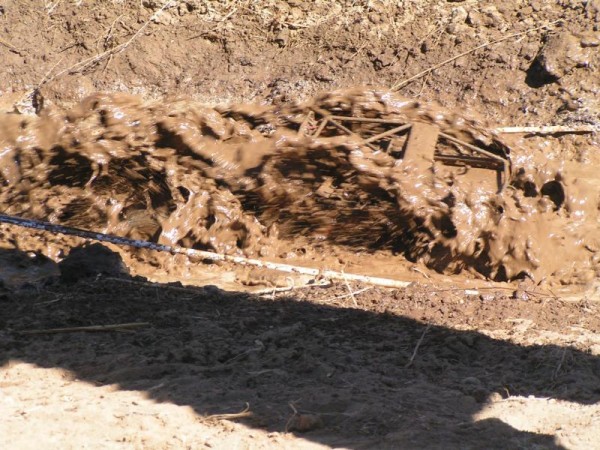 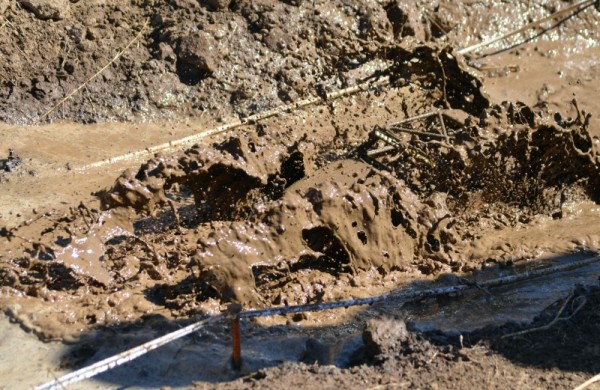 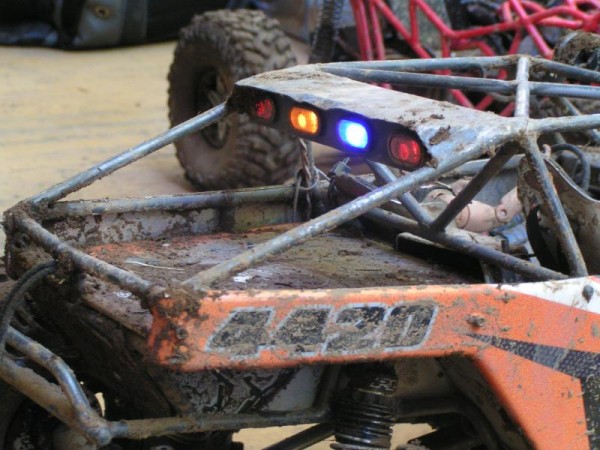 Going first I was unsure of how traction would be and how hard to leave the line. The first attempt was a full pull but I felt like I could have got the sled moving a lot faster. Luckily most people full pulled so we had a second round with over twice the weight. This time I had a better idea of what to do. I lined up and again got a full pull, with a spectacular finish 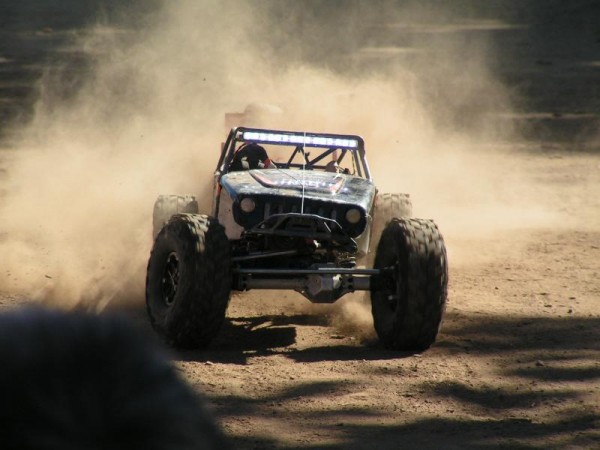 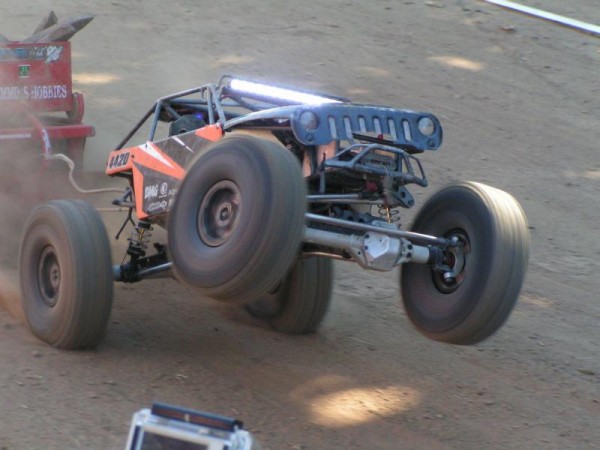 I had to DNS this event. By this time I was completely unable to get the radio to function. I had no idea what the issue was specifically as I could get my ESC to work at times. Well what happened was my BEC pro was fried, however the BEC of the Mamba 25 I was using to power my winch was enough to power my RX. So I tried using it to run the servo to maybe LIMP me through the event. Nope, servo was toast to. Now I no longer had any power, a winch, or steering. I thought I was done for the day

However I was able to bum a BEC off SDS, swap in my back-up servo and disconnect the winch.

I went into this event with the game plan of just trying to get as far as I could to get some points. I used tow straps to lower myself down into the first tricky section and then repositioned them to make a tricky sidehill. From there I had to make a climb which I struggled with a little without rear steer. Once past that I made the first drop cleanly and went through the first mud pit.

The next drop would be my demise. SDS told me to hit it with a little speed but I didn’t listen well enough and ended up on my lid. The next 8 minutes was pure hell for my little truck. I gave it the beating of it’s lifetime trying to get it back on it’s wheels. Forward reverse forward reverse forward reverse. The Pro4 had the TTC Claws spinning like crazy. The strain on my drivetrain could be judged by the faces of my fellow competitors and spectators. I tried using my tow straps by hooking the pull-pal to a rock and then wrapping the line around my tires to purposefully wrap them up and pull the truck over. I tried my best, and gave all the truck could. In the end, I would only pass one competitor on that course though. 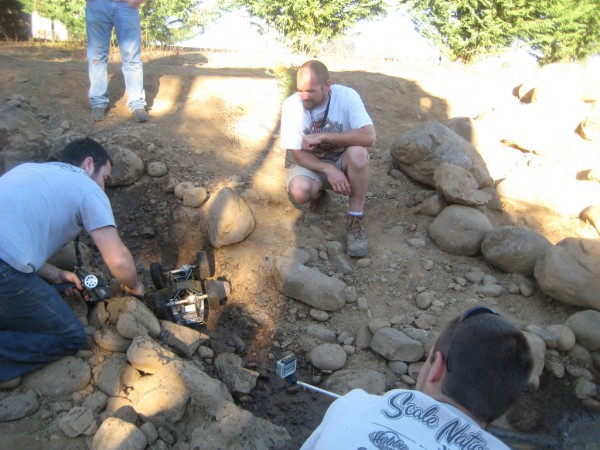 Can’t say it enough. Haven’t had this much fun at an event in a long time. I’ll be back, and next time I’ll have lots of trucks

Every part of the event was managed well. A couple small hurdles that had to be jumped but in the end the guys that put all the hard work into the event pulled it off better than most any other event I’ve attended. Loved my first trip to the PNW!

I have to also say thank you to Chino for the ride to the airport Monday morning as well as Bmuzz for the room to crash in Sunday night. Trenton, thanks for hauling me around most the weekend. Baller, thanks for the entertainment and the ride back from the TTC. The crawler community is a great group of guys! 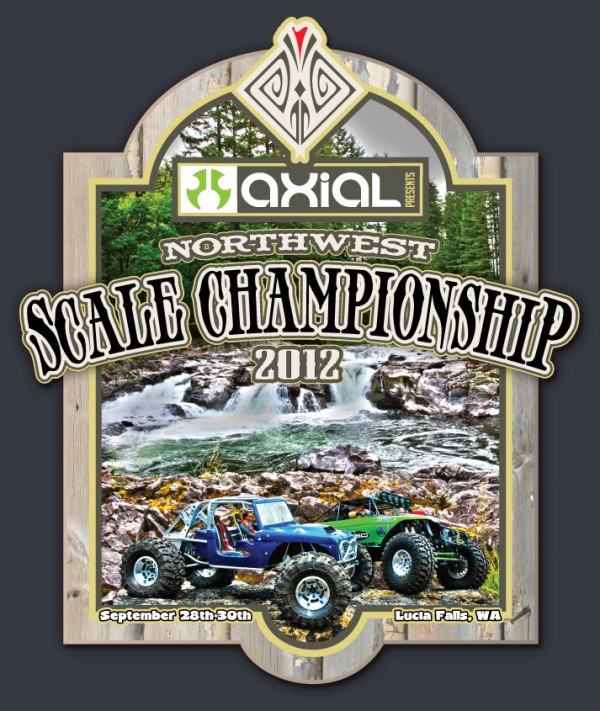